THE JOURNEY OF THE FIFTH HORSE

Home/THE JOURNEY OF THE FIFTH HORSE

THE JOURNEY OF THE FIFTH HORSE 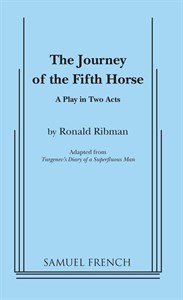 THE JOURNEY OF THE FIFTH HORSE is “a work of extraordinary power and humor.” Robert Lowell. It burst upon the off-Broadway scene with great élan. No play of the season elicited such enthusiasm. Across the top of the May 1, 1966 issue of the New Republic were written the words, “Arrival of a Playwright.” That year THE JOURNEY OF THE FIFTH HORSE won the Obie Award for the best off-Broadway play of the season. A major American playwright was launched.

THE JOURNEY OF THE FIFTH HORSE is the story of a kind and good-hearted young landowner in 19th century Russia who, desperate for love and acceptance, sets out to find both, only to discover that if he had never lived at all it would have made no difference to anyone. The play begins with the lines, “In Samarkand I saw a monkey yellow-splotched and dying in a cage, and as I made to hasten by, he grasped my sleeve as if there might be something more to the matter,” and closes with the lines, “And when I had passed through the antique marketplace of Samarkand, through the cries and fevers of the merchants, the monkey’s hand fell within his cage, and there was nothing further to the matter.” Between these lines lie all we know of Chulkaturin’s existence. 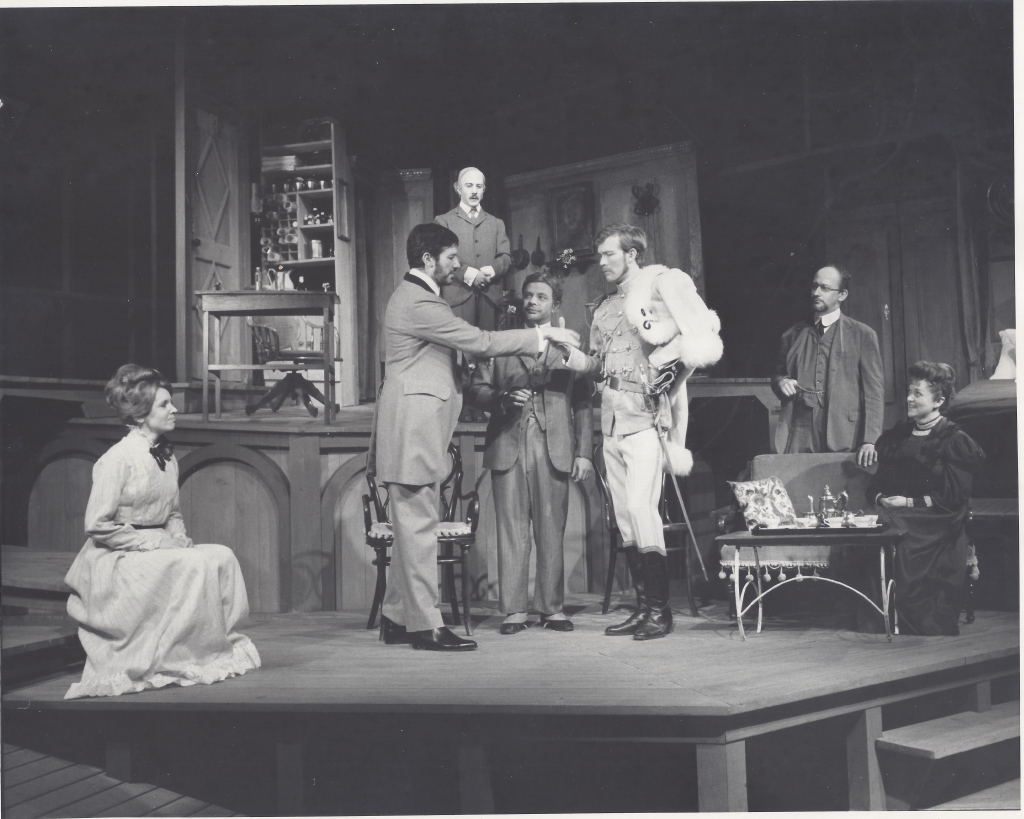 How well the conversation proceeds now that I have left. Bizmionkov no longer coughs. He no longer even finds it necessary to clear his throat. Papa Ozhogin is no longer set to the task of moving chairs; Mama Ozhogin does not have to refuse a walk in the garden. Everybody is dug in. Conversation, now that I am gone, becomes pure song. (CHULKATURIN extends his hand holding the rose) For you, Lisa. Did you not know the rose was for you? Do young men carry roses for nothing? (Only LISA and the CAPTAIN are now visible in the living room) Go on, you Othello of the Steppes, with your big wars, your killings, your medals. Go on, Lisa, fall in love with his black boots, his moustache, his eyes, his gallantries. What could I bring you to match those gifts? And you, stand in the arches of the doorway with your water glass and your rose, stand there until the sky falls down, for all the difference it makes. It should have been enough for you to sleep through life, dreaming of happiness. (Light goes out on LISA and the CAPTAIN) Oh time that was and time that never more shall be, I give you back your woods, your pathways, your shadowed glades. I give you back her whose dear sweet lips once brushed my heart. I give you back the earth I knelt upon to take a crown. I give you back the happiness of days now fled from me. I give back…I…(Sound of waltz music growing louder) No. No. Nothing!…Nothing was definite until the night of the dance!