THE CEREMONY OF INNOCENCE

THE CEREMONY OF INNOCENCE 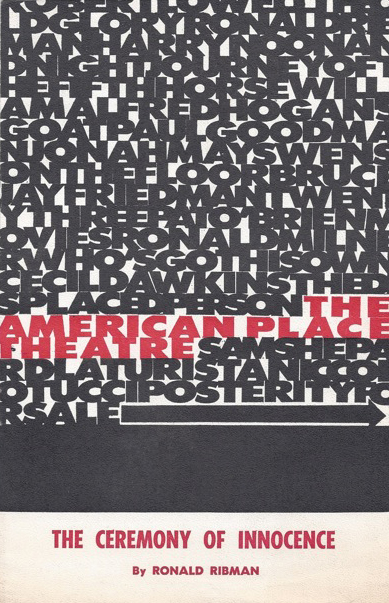 “The intensity and sustained beauty of the full-blooded prose is a gluttonous feast of the English language.” — London Daily Mirror

“[The play] glows with craftsmanship and dramatic imagination.” — Variety

Plot: “… Ribman has plunged into history and written a play about eleventh-century England and its pacifist King Ethelred. Ethelred has negotiated a treaty with Sweyn of Denmark whereby England pays tribute in silver and Sweyn gives his daughter Thulja in hostage to guarantee the peace. But Ethelred has hawks to contend with—the belligerent Earl of Sussex, his own hot-headed son Edmund, and a blood-thirsty mother-in-law—as well as a frustrated and jealous queen and a grasping Bishop. Eventually the proud Edmund kills four Danish immigrant farmers, picks a fight with the Danish ambassador, and is himself accidentally killed. His grandmother, the old Queen Alfreda, kills Thulja in vengeance, and the Danes prepare to invade England. At the end of the play Ethelred, who has sorrowfully taken refuge in a monastery, is being urged by even his most dovish advisers to march against the Danes and defend his throne.” — Michael Smith, The Village Voice 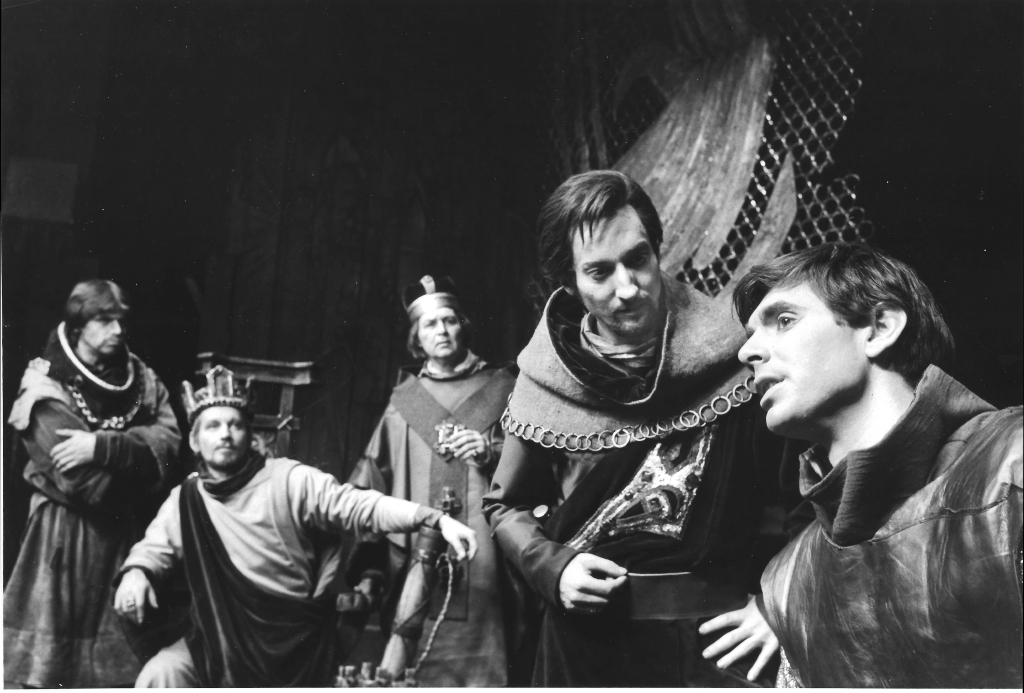 Are we in a dungeon? Is this world a dungeon wherein men in their chains strike one another?

Yes! Though you would not have it. Yes! We are in a dungeon. You speak of dreams, they come to show you vacancy; you speak of visions, they will show you voids. In the morning I went out and the sky was full; in the evening I came back and the sky was down. I saw a cow on Monday; on Tuesday I saw a carcass set upon by flies. At thirteen my daughter ran; at fourteen I strapped slabs of wood to her legs that she might stand. Oh, we have spoken each to each of antique realms and justice, but that was each to each, that was not now. Now we have come upon a rat’s den where walls slime and men find gillyflowers to piss upon. Do you see justice here? I do not see it. No, I do not see it. I see accident here: In the joy of my hunting I came upon a man and I slew him because he would not let me by. I see decay here where dead men are robbed for wool and priests singing of paradise fight for cloth to bind their feet. I see futility here. I see despair here. I see distortion here. I’m sure another day will find us more punctilious in our justice, but now to the war, by the cross of our Lord, to the war that we may be fixed into our killings or die. (Directly, suddenly, to the King) Resolve yourself to it. We are now fixed into these killings or else become bystanders to England’s extinction. We are set to our duty though the cause be rotten.