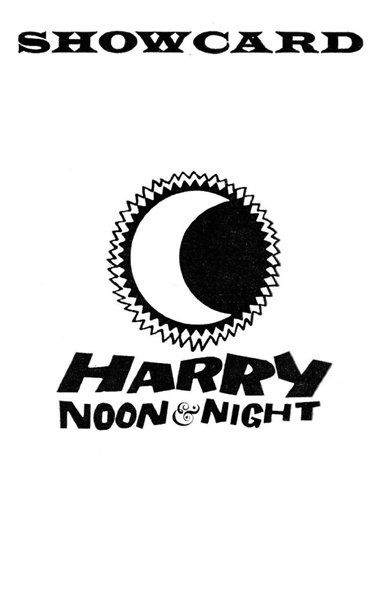 “I saw a play last night—‘Harry, Noon and Night’—and I will tell you this: if there were not another opening tonight I would go back to see it again. Ronald Ribman’s drama is unquestionably the most exciting, the most original, the most theatrical thing that has appeared this season. And even that is being unfair to it—a play like this defies any sort of comparison. It is wildly unique, written with a maniacal ferocity and it comes from a mind that is bursting with stage-oriented energy…Harry the painter has lost his mind (although not his intelligence), because he is fouling up his life and he knows it. He is young, just barely begun, and he is through. People may be stupid, they may be conventional, they may be fat-headed philistines, but they are making it. Making something. Harry is making nothing…The final act mashes all of this together in a grinding whirl of theatrical fury, lacing excitement with heartbreaking pity.” — Martin Gottfried, Women’s Wear Daily 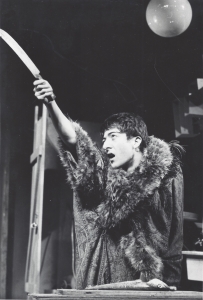 That’s the way it is with clowns. They think they can make it till every cannon in the world blows up in their face, till every ball slips out under their feet. You start out life thinking you can do it. Nobody has got you down for pantaloons and colored hair because you’re just starting out. You haven’t vomited in the plane yet. You think, boy, I’m going to sail! Boy, I’m going to get out of that cannon with a flying roar! Boy, I’m going to get in that sky and really move! Your brother is sailing in the blue, your sisters are sailing in the blue, the whole God-clean world is sailing in the blue, and you’re fading out. You’re dimming. You’ve got a green head. You got purple eyes. Whoever is in, you’re out. You’re growing radishes in swamps, you’re doing it all wrong, nothing’s coming up. Maybe they won’t notice you’re dimming. You never make it. In or out. In or out. Right from the beginning. (Sound of a police car. HARRY picks up the statue of the stone-blind kid and puts it near his valise) Out on the ocean by tomorrow. The wind blowing clean. Skimming. Cutting the water like a knife. America. America.