Ronald Ribman is an American author, poet and playwright. Ribman’s plays have been called remarkable, wildly unique and written with a maniacal ferocity, defiant of category, striking in their eclecticism and many-sided portrayal of the human comedy. In recognition of his “sustained contribution to American Theater” he has been honored by The Rockefeller Foundation, The Guggenheim Foundation, the National Endowment for the Arts, and the John F. Kennedy Center for the Performing Arts. His numerous awards include an Obie Award for Best Play: The Journey of the Fifth Horse; an Emmy Nomination for Outstanding Writing Achievement in Drama: The Final War of Olly Winter; the Playwrights USA Award for Buck; the Dramatist’s Guild’s Hull- Warriner Award and a Pulitzer Prize nomination for Cold Storage. 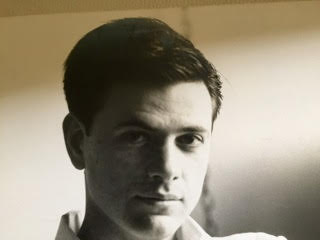 fter the American Repertory Theater’s world premier of Ribman’s Sweet Table at the Richelieu, Jonathan Marks noted a central theme in the playwright’s work, that “What reveals itself repeatedly, throughout his work, is a preoccupation with the persistence of the past in the present—a recognition that we all carry with us a heavy baggage of seeds, each of which began sprouting at a different time in the past, and never stopped shooting out tendrils: a bag of memories which can never be simply dumped.

“The figure that embodies this preoccupation, in play after play, is a character who seldom appears onstage: the lost one, the dear one who has disappeared, never to be recovered.”

Ribman was born in Sydenham Hospital in New York City to Samuel M. Ribman, a lawyer, and Rosa (Lerner) Ribman. He attended public school in Brooklyn, and graduated P.S. 188 in 1944. Ribman attended Mark Twain Jr. High School, graduating in 1947, and Abraham Lincoln H.S., graduating in 1950. Ribman is a graduate of the University of Pittsburgh, receiving his bachelor’s degree in 1954, his master’s degree in 1958, and his Ph.D. in 1962. In August 1967, he married Alice (Rosen) Ribman.The Ribmans have two children, James and Elana.

Ribman served in the United States Army from 1954 to 1956. Following his military service, he worked as a coal broker for the J.E. Ribman Coal Co of Johnstown, PA from 1956 to 1957. Ribman was an Assistant Professor of English Literature at Otterbein College from 1962 to 1963, and left academia to focus on his writing from 1964 to the present.