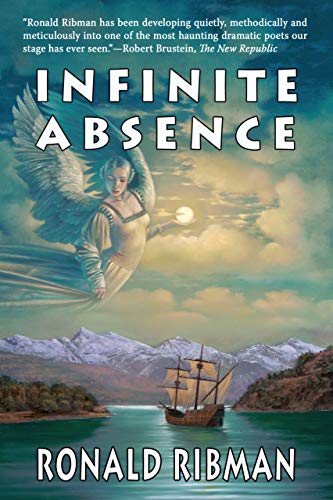 “Except for a band of grave-desecrating hoodlums who came one night to drink, knock over tombstones, paint swastikas, and ultimately be sent fleeing for their lives, the burial vault of Hector Helmontos, set as it was upon a gently sloping knoll in the grandest place of privilege above the surrounding necropolis, might have gone undisturbed for a hundred or a thousand years.”

“But hearing the sounds of life from within its earthen pot, from beyond its honored place atop its marble pedestal, the severed head of Hector Helmontos, floating in a golden sea of honey, drenched through to every pore and channel, began to sing to them!”

This is a gloriously funny, gloriously serious novel by Pulitzer Prize nominated playwright Ronald Ribman that actually answers the age old question: How is it possible that one man, who has magnificently succeeded as a most brave, honorable, and extraordinarily decent human being, ends up with his head severed and in a pot of honey; while another, given everything, turning everything to shit, ends up blessed by a miracle, given the one true love of his life and the ultimate answer to it all?

Ribman has given us a rich and enduring tale, steeped in magical realism, where walls are sometimes quivering membranes to be walked through, and stars can find their way beneath your skirt to ravish you “in all the secret places that are joy!”

This is the complete two-volume set of this novel.

“I read and listen to a lot of novels, at home and in the car (audiotapes). There is so little good writing, strong story lines, unique, fleshed-out characters. Infinite Absence is a novel that held me throughout. The characters bear no resemblance to any characters I’ve read. The storyline is totally fresh and unexpected. Ribman takes the reader from New York to South America to movie theaters, a Disney party and, most unusual, a mausoleum. I honestly couldn’t wait to get back to the story every time I had to break for work, teaching, whatever. If I had been on vacation I wouldn’t have put it down. It’s really a wonderful work and, as I’ve said before, completely original and with a voice I’ve never heard before. Any criticisms? None, really. At first I was surprised by both Diego’s and then Meg’s vocabulary and movie references; I had pegged them as having little education or life experiences. But as I read on that didn’t bother me at all. Finally, I feel as though the author has taken me on an adventure to places I’ve never been before and introduced me to people unlike any I’ve ever met. Both the places and the people are so fully realized that they’ll stay with me forever. As will images such as Hector’s head on the desk in the den, the “witch” with the poison apple at the Disney party, all of the South American scenes and especially the trompe-l’oeil wall in the cafeteria. I guess that’s what happens with works by the finest writers. What an accomplishment! I can’t imagine the work and thought and research and talent that went into it.”

“I found Infinite Absence to be an absolutely stunning work of serious literary fiction, probably destined to become a classic. Like most of Ribman’s work it is unusually well written, and exactly what the critic quoted in the preface said regarding his earlier work, his “prose is a gluttonous feast of the English language,” is certainly true here as well. I have never read anything quite like it. I started off thinking the novel was going to be about an overly rich, overly educated young man whose ancestors made their fortune in the China opium trade, a man who brags about telling you that he relishes nothing better than picking up needy women in bars and seducing them (even going so far as to likening them to animals being stalked for the kill by a lion at an African waterhole!).  But by the time I had finished reading Part One, the length most novelists would settle for as a complete novel, I found myself just beginning a journey into the heart of this work. Infinite Absence is a fast-moving adventure that can flip at any given moment from the comfortably normal, to the unnervingly strange, the comically real, or the quite literally cutthroat. This novel takes twists I never could have imagined, with the terrain beneath your feet always in danger of morphing from concrete to quicksand and nothing is quite as stable and certain as you once thought it was.”